Like many top small liberal arts schools, this one does not require standardized tests, but of those who are accepted, the score range for the SAT is 1410 to 1550. 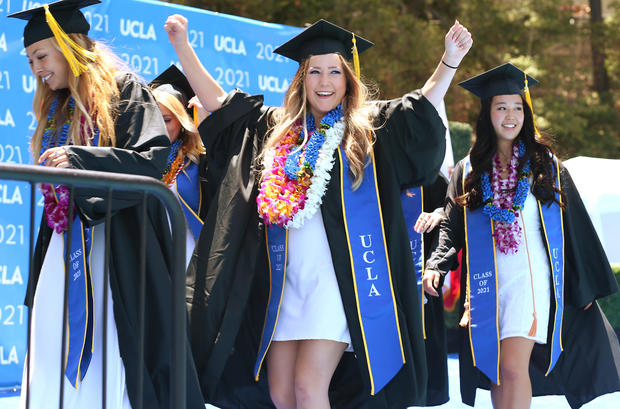 If you think Ivy League schools are tough to get into — well, you aren’t wrong. Last fall, elite schools began to report their acceptance rates for their graduating classes of 2025. Some rates rose, but many fell drastically, thanks in part to an increase in applications.

One big change for the 2022 Niche rankings: A de-emphasis on standardized test scores. An increasing number of colleges are making such tests optional for prospective students. As a result, test scores were a smaller factor for 2002 — 20%, versus 40% in 2020 and 2021.

Ready to start your journey?

Many high school students strive for the highest GPA and SAT/ACT scores possible to give themselves the best shot at getting into competitive colleges. While strong grades and test scores can certainly increase your chances, they still might not be enough to gain admission into every college.

The country’s most selective schools maintain extremely rigorous admission standards and accept very few applicants. So what makes certain colleges more difficult to get an acceptance letter from?

The hardest colleges to get into are among the oldest in the U.S. Over time, these schools have built up their reputations through a combination of academic excellence, large endowments, and notable alumni and faculty members. These factors contribute to a long history of innovation and success.

Either way, if you’re looking for entry into the vaunted halls of an Ivy League institution, it seems that Yale is slightly less restrictive than competitors like Harvard, Columbia, and Princeton. Of course, Brown University had a 2021 acceptance rate of 8.3%, so maybe keep both New England schools in mind!

It may be hard to believe, but this West Coast tech school is even harder to get into than its long-standing rival MIT. Perhaps MIT had the edge because it’s been around longer — it opened in 1861, while Caltech didn’t open its doors until 30 years later.

More likely, it’s the fact that MIT regularly scores higher in college rankings overall, as well as for specific areas like research, diversity, and employability, not to mention specific programs like engineering, math, and architecture.

So why is Caltech harder to get into, with an acceptance rate of just 6.4%? It could have something to do with students longing for the sunny, SoCal setting.

Presenting: The 25 Hardest Colleges to Get Into in America

It’s not exactly a secret that the college admissions process has become wildly—if not ludicrously—competitive. Need I remind you of the 2019 college admissions scandal involving Hollywood’s own Lori Loughlin and Felicity Huffman? These days, people will do just about AN-Y-THING to get into a good school. And since the U.S. is home to some of the top colleges in the entire world, the competition to snag a spot is understandably stiff.

If you’re wondering what the list of top-tier institutions looks like this year—or you’re just trying to check the bona fides of your latest Hinge match—educational data company Niche has put together a handy list of 2022’s hardest schools to get into based on a combo of acceptance rates, SAT scores, and ACT scores so far throughout 2021.

But before we dive in, a quick reminder for prospective students: Just because a school is “elite,” (hi, Harvard; hi, Yale; hi, Columbia) doesn’t mean it’s the best place for you to get an education. There are tons of prestigious colleges and universities across the country that don’t crack the top 25 list simply because their endowments aren’t astronomically huge.

Besides, college costs a ridiculous amount of money, so community college might be a better option for you. Many factors go into deciding where to go to school, so while you’re weighing your choices, here are the 25 hardest colleges to get into right now.

To go to school in sunny Stanford, California, you need to ace your SATs in the 1420 to 1570 range. (No big deal or anything &#128566;.) Stanford is well known for its computer science and engineering schools, so if that’s your thing, start studying because this university gets A TON of applicants and accepts only about 4 percent of ’em.

Top of the pile for the second year running, however, is Stanford; as well as being regularly ranked as the best university in the world, the Palo Alto-based school is also the most exclusive.

Not that it wants to be seen that way. Stanford Provost Persis S. Drell announced last year that the school would no longer be releasing any admissions data, due in large part to its fear that it would dissuade people from applying.

‘By focusing on the admit rate,’ she wrote in a recent press release, ‘talented students who would thrive at Stanford may opt not to apply because they think Stanford seems out of reach. And that would be a shame’.

Despite this sentiment, it’s still undeniable that admission rates at Stanford are notoriously low, with acceptance figures of 4.7% and 5.3% in 2017 and 2018 respectively. Given the school’s standing, it’s unlikely that these figures are set to rise any time soon, either, making it the toughest school to get into in the world – whether they want you to know it or not.